Taylor Borough, in the heart of Lackawanna County’s Anthracite Region, like so many small Pennsylvania communities, once thrived on coal mining and heavy industry. The 150-acre former Taylor Colliery site hosted both of these activities, providing nearly 700 jobs for the community. For the last 40 years, the colliery has sat idle, leaving behind an environmental legacy of acid mine drainage and dangerous subsidence. Since Taylor Borough is land-locked with little other ground available for new development, a determined group of community leaders, local businesses and government representatives focused on redeveloping the existing colliery site.

Since 2003, Taylor’s Planning Commission has secured several federal brownfields grants from the U.S. Environmental Protection Agency to assess the redevelopment potential of the abandoned colliery. In 2006, the property was designated as a Pennsylvania Brownfield Action Team site, helping the borough to secure several other state grants to support the project. In 2010, the Department of Environmental Protection’s Bureau of Abandoned Mine Reclamation completed a $1.4 million reclamation of an 85-acre portion of the site, eliminating such public health and safety hazards as dangerous mine spoil piles and embankments, vertical mine shafts, hazardous mining equipment and structural debris left from former coal mining operations at the colliery site.

In addition, a portion of the Keyser Creek channel affected by heavy amounts of sedimentation from red ash materials has been reconstructed and stabilized, improving not only water quality but alleviating some stormwater problems as well.

After several years of planning and public input, preliminary designs for the site include creation of 40 acres of open space, hundreds of new homes, space for offices and light industrial uses, and a retail center that could become the new town center. The borough estimates redevelopment of the entire site, once complete, could generate annual revenue of up to $3 million, and more than 250 jobs for the region, serving as a national model for future brownfield/grayfield projects. 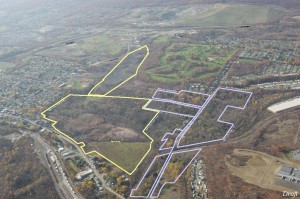 The Taylor Colliery redevelopment effort, which has benefited from strong and productive partnerships, cooperation and support, has emphasized the importance of early assessment and data collection, and the use of this information to stimulate community involvement and consensus. 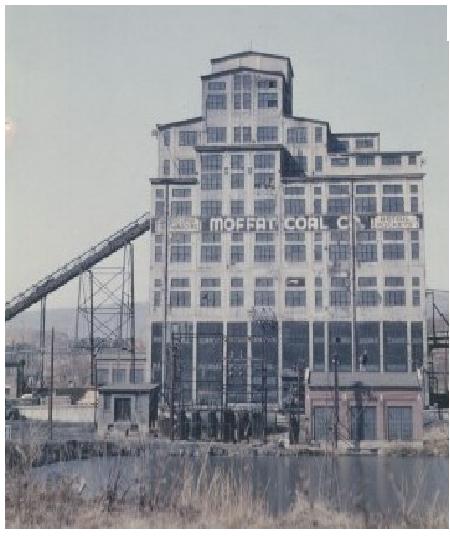 “A few years ago we had soil testing conducted in areas of the property where coal storage had occurred in the past,” said borough manager Daniel Zeleniak. “This was conducted utilizing funds from a $350,000 grant provided by the Environmental Protection Agency to the borough in 2006.”

According to Zeleniak, the previous testing showed slightly elevated levels of Arsenic, a naturally occurring element found in coal fields.

“They were above the limit for housing, but acceptable for commercial development,” he said. “Since then we had applied for an industrial sites reuse grant from the state Department of Community and Economic Development. This funding will pay for 75 percent of the retesting done by Moriarty.”

The borough is conducting a second round of soil testing to guide the type of development on the property.

“We hope that there are no restrictions on the future or potential of the property,” he said.

Zeleniak also explained that even results showing higher than acceptable amounts of Arsenic can be mitigated.

“There are various construction and land development technics to ensure public health and safety issues are properly addressed,” he added.

For example, development may include placing open spaces, industrial development, or parking lots in areas with unacceptable levels of Arsenic.

The borough anticipates results to become available within the next month.

“If everything comes back in acceptable ranges, we will then apply to the state Department of Environmental Protection for act two clearance for Arsenic.”